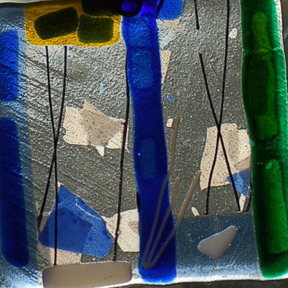 Sorry to interrupt the sweet end of summer with tougher stuff, but the world has seemed an angrier place the last while. Hating and killing. Killing and hating. There’s lots of judging going on. Most of it landing in the I’m better than you are place, with its nasty and dangerous corollary So your life’s not worth as much as mine.

How does that kind of judgment get justified?

The God of Torah has basically one instruction: Do what I told you, or else…. Where the “or else” ranges from death to long years of painful exile. Which pretty much dooms humanity to the bad stuff, because if any one of us can’t get it right, how’re the whole of us going to? In theory we‘ll all be better and kinder in the time of a future messiah (think Hair’s Age of Aquarius). But in a Catch-22, no goodness = no messiah. So in the short run (and I’m talking millennia here) it’s pretty much crime and punishment, judgment and hatred, killing and being killed.

This week’s reading appoints judges and has various prohibitions. My favorite is the ban against “wanton destruction of something of value,” which can be anything from a fruit tree to a person. So how to justify the slaughter of tribes, then and now, when people have just been described as “trees of the field.”

We’re all guilty of judgment, whether it’s our own bad hair day to the wholesale condemnation of groups with different religions, skin color, politics, and lifestyles. We mostly do it with rhetoric rather than live ammunition. But by practicing judgment so regularly we become inured when it happens all around us. We forget that compassion breeds more compassion, while anger and judgment calcify and harden our hearts.

Yes there are unequivocally objectionable actions that require adjudication and punishment. In Torah the catchall justification for slaughter is the label “idolator.” It’s like a get out of jail free card. But in a more relativistic world, with lots of legitimate variations on truth, whether it’s in religion or choice of whom to love, what’s the responsibility of the community, the state, and of each of us, to make sure bad things don’t happen to good people, just because someone with a badge or a better missile system judges them as different?

When one of your kids justifies walloping a sib with He hit me first, do you respond with, Okay then, go ahead and pound the crap out of him? Or do you say Use your words? What works for children should translate at least a little to ostensibly civilized nation-states and to small-town police forces.

If I judge myself as having a bad hair day, it costs only some lowered self-esteem or the extra time for a wash and dry. Judging any group as the contemporary equivalent of idolators can have disastrous consequences, ones that raise the stakes for all of us. Who would you trust to make that judgment, and how would you feel if it was made about you?