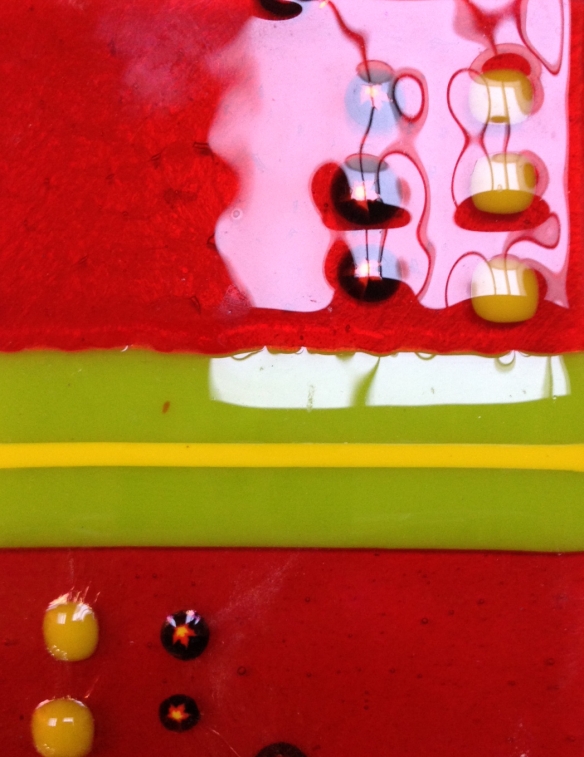 Back in the day, in a different golden age of television, Lily Tomlin played a character called Edith Ann, a charmingly incisive toddler sitting in a B.I.G rocker. Adult life can feel like that. Inside we can feel like little kids pretending to be grown-ups, an emotion as true in our sixties as in our teens.

This week spies are sent into Canaan on a reconnaissance mission. They return with clusters of fruit and report a land flowing with milk and honey. But they are afraid, and tell tall tales: Ah, um, oh yeah, did we mention the G.I.A.N.T.S? They’re b.i.g. and not looking to leave. This may have been a bad idea. How about a giant U-turn back to good old Egypt, where, really, how bad could it have been?

When we’re faced with a challenge–be it physical, mental, spiritual, or emotional–do we see opportunity and possibility, or danger and risk? Do we say Yes or No? Jump in or run? What are we saying Yes or No to? The seduction of adventure and reward? Long-run gain for short-run sacrifice? Or saving our hides and Never mind, I’m outta here!

What are the consequences–both desired and unintended–of our choices? Do they make us better, strong, wiser, or do they lube the path towards failure and regret? Once we’ve told the first lie, starting a complicated process of rationalization, what can stem the slide? What’ll it cost us to climb back out of the pit we’re digging. Or to descend from whatever precarious perch we’ve climbed onto?

Mostly, why isn’t this whole life thing just easier?!? It can be, but that often requires an attitude adjustment.

At the pulsing surge of spring into summer, nature in all her fecundity is impressive, even a little intimidating. That dynamic urge to grow. As Michael Pollan says in his splendid The Botany of Desire, the zeal of life to recreate itself.

This vitality demands we step up. That we participate. Not just by weeding and watering. But opening ourselves, every part and every chakra, wider and more receptive. Let in all that color and birdsong. Encourage those rosebuds and tomato blossoms. Calls of Smell me, Taste me are beckoning from our future.

Like the spies, we’re being invited to a land of good and plenty. No question there are challenges real and imagined. Pollen, aphids, and drought. But they’re a small price to pay for the bounty that follows.

Your promised land and mine may have nothing in common. But the things that matter to me matter to me a lot. I hope you’re as committed to your own vision. And that you’re willing to face the possibility even of giants to reap your own harvest.

Don’t get sidetracked by fear. Whatever challenge you’re trying to avoid will only show up later in another form if you duck it now. You’ve schlepped all this way to get here. No way out but through. With great rewards ahead of you.

Don’t fall for the Yikes! Do what you came here to do.